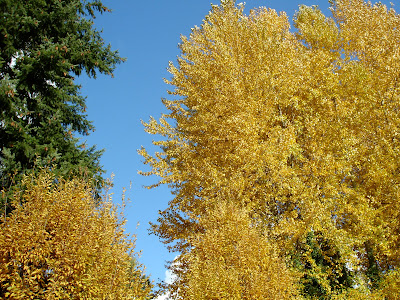 With all the shootings, unemployment, global warming and general cultural malaise it’s hard to find a scrap of good news these days.
But I’ve found some: Autumn will be more colorful in the future.
At least according to an article in the September/October issue of “Audobon”. I was glad to read that scientists are predicting that higher levels of CO2 in the atmosphere and subsequent warming will not only delay fall color, turning golden October into amber November, but also prolong and intensify the color.
Michael and I had noticed the cottonwoods have turned an intensely golden yellow this year . “Like the aspens in Colorado,” he said. Quaking aspens (Populus tremuloides) are very closely related to our native black cottonwood (Populus balsamifera subsp. trichocarpa). And despite frequent windstorms, frosts and heavy rains the leaves are finally, after a month, starting to fall. 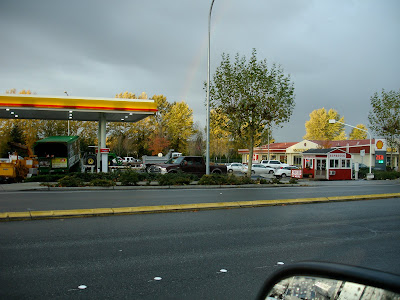 Yellow as gas station signs. ( If you look closely you’ll see a rainbow in the background portentous of the 2 sunny days that followed.) 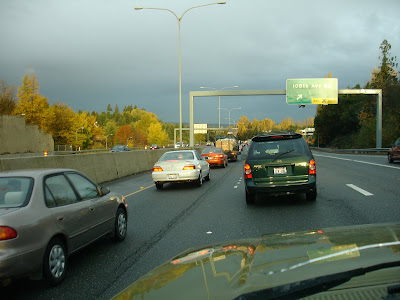 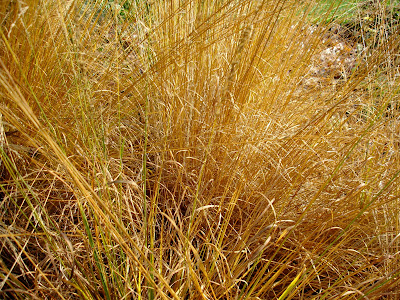 While I’m on the theme of golden yellow I’d like to promote an ornamental grass. My favorite to date. I am tired of the dramatic collapse of miscanthus in my borders. I actually had my helpers dig 5 big collapsed clumps out , while I took this photo feet away. Is it too much water, too little water? Too crowded? I give up. But I am sticking with purple moor grass ( Molina caerulea ‘Strahlenquelle’, in particular). Look at those ‘golden rays of sunshine’, in November, standing up to wind, rain, rabbit colonization, and juncos hanging tight to the stalks and plucking seed.

It’s not really time to start feeding the birds again. There’s plenty of foraging still available. Which makes me worry when the owl’s on the roof and the cat, who is delectably plump, is in the garden at night. But I have no problem with the owl de-populating the rabbits. 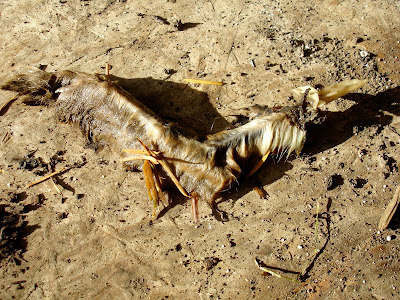 Remember those brightly died rabbit’s foot key chains you won at carnivals as a kid? I bet PETA put an end to that. I wonder what sort of portent a rabbit’s foot dropped by an owl has for the finder?
Posted by Daniel Mount at 2:01 PM
Newer Post Older Post Home