The shakers are long gone from New lebanon, New York. But they did not leave ruins behind like many civilizations, but a spirit not only evidenced in the beauty of the simple buildings, but something tucked into the mountains giving way to the Hudson Valley on the western edge of the Berkshires. The wooded hills roll into the valley with an ancient unspeakable grace. I come to this place as often as possible for retreat and edification. The Abode of the Message, the home of the Sufi Order International,occupies some shaker buildings at the end of the road before it slips off into the woods and up the mountain.
this year the Abode was inaugurating a new House of Wisdom-- The Seven Pillars.
A conglomeration of intellectuals, holy men and women, seekers and artists gathered to explore the possibility of a new world vision where unification was not only a possibility but a reality. The inspiring speakers and seekers filled me with a hope I was hungry for. Not a political hope, but a human hope.
I have included a link to the right for those of you who are interested in reading and hearing more about this weekend. they will be posting videos and transcripts of the weekend starting in early October. 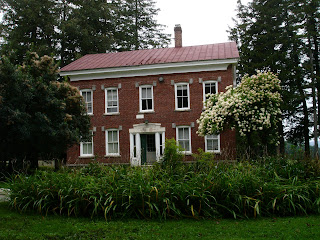 The Elders' Hall, now part of Darrow School where the Seven Pillars Inauguration was held. 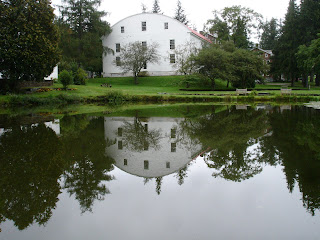 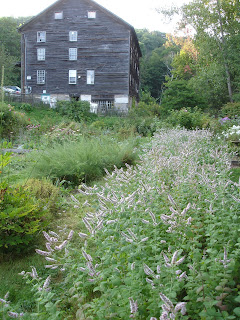 The Abode herb garden and the building that houses the Seven Pillars offices. 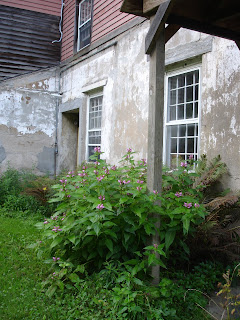 The building where I slept and the native turtle head ( Chelone lyallii ) which grew out back. 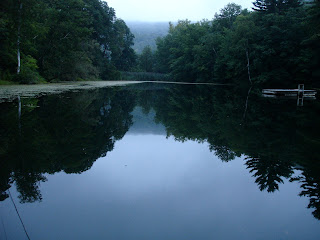