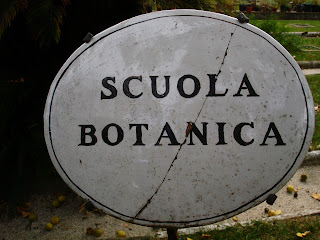 At first it feels in shambles. Though its origins are medieval and organized. This was and is a place of study. The first botanical garden in Europe, it was built between 1543 and 1544 on the banks of the Arno River. It was moved to its “new” location near the university in 1591 and has grown progressively since then, as the university acquired adjacent properties over the centuries. Each new acquisition reflected the period, Renaissance layout replaced some of the more geometric mannerist planting for the original Giardino dei Semplici. The garden was a place for the study of medicinal plants of the old and new world as most botanical gardens of the time were, being connected to schools of medicine. And in the late 1700’s into the present the focus is more on pure botany and Linnean systematics.
Modern botanical gardens seem heavily focused on pleasure and display gardens, attracting visitors and patrons. The Pisa Botanic Garden remains a time piece. A museum even to man’s interest and study of plants over the last 450 years. And though It lacks the cutting edge of Chanticleer or the pomposity of Longwood, I lingered a whole day within it’s walls. I discovered plants I’d never saw before, marveled at centuries old trees and soaked up an atmosphere that most gardens can only dream of. 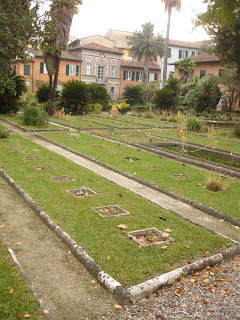 The facade of the Instituto di Botanica, the original school. 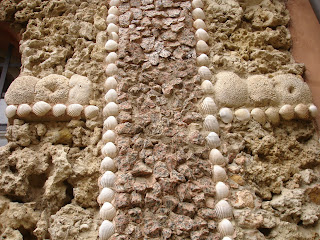 A detail of the facade , created in the grotesque style using pink granite, organogenic stone, coral and sea shells. 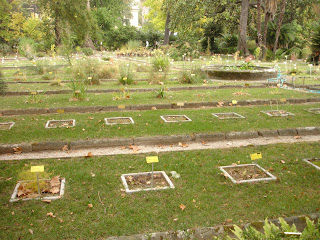 The 200 year old garden laid out systematically for study. 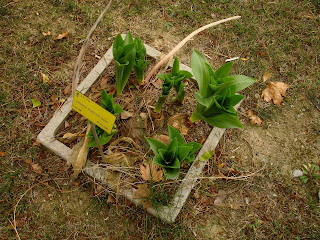 Sea Squill ( Urginea maritima), a dramatic bulb of the mediterranean coast, sends up new foliage in October and blooms in spring.
Posted by Daniel Mount at 10:49 AM
Newer Post Older Post Home