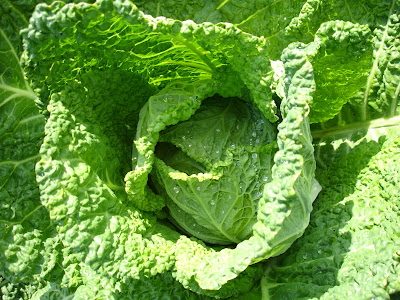 As the luxurious lethargy of the hottest summer I can remember in the Pacific Northwest abates, and cool, even chilly, mornings spill into the Snoqualmie Valley, I pick up speed, the speed needed for the harvest. Yet closing the windows for the first time in months also breeds a melancholy, a child’s melancholy after being told to come in after a day of play. When I was a child I’d react to my mother’s calls by running away and hiding behind the neighbor’s garage. This cooling down, this turning inward also spawns reaction in me.
And reaction’s what we need. Spring was so active tilling the soil, choosing and planting seed, setting things in motion with a nudge or a shove. Now the table has turned and the Victoria plums, losing their chalky blue bloom as they ripen to near black, nudge back, beg to be harvested. I could see them from the living room window where I sat most of the morning with a cup of tea and the New York Times spread around me like blankets and pillows. If I don’t react to their ripening in the next few days they’ll be lost. It is the cucumbers and beans that shove though. I could not see them from the sofa, but their readiness lodged in my mind yesterday evening as I surveyed the looming harvest. Hopefully the chill instills some lethargy into them in the next few days, so I can focus on the cabbage. Ah, benign cabbage, slow fruit-less cabbage, they hang like slackers around the garden neither nudging nor shoving. They are the act of patience manifest. Unlike the zucchini with their constant impatient call, “Harvest me before I’m too big to budge.” Why did we plant so much zucchini? Why were we so proactive this spring? Why hadn’t we taken into account these cool days when we would rather be wistfully verbal, than agrarian?
Years ago I cracked open a fortune cookie that changed my life. I’ll admit I’m vulnerable to sooth saying and fortune telling, whether it comes from a line across my hand, or a star transversing the great black vault of night. Of all the silly wisdom I’ve garnered over the years from Ouiji boards, tarot cards or Rob Brezsney’s “Freewill Astrology”, the advice which stuck the hardest was in a fortune cookie. “Be careful what you ask for, you just might get it,” is what the slip of white paper dusted with crumbs advised.
“ Uh-oh,” I said in mock horror.
My friend, Susan, who I was dining with at Eddie’s Chinese Food on Farwell Avenue in Milwaukee, raised her brows knowingly, silently. This silence, from someone who had a verbal response to everything, lodged the omen into my 19 year old mind. I was a disco-dancing, drug-addled sycophant at the time, prone to poses and pleasure. More arsty-fartsy than artist. In a constant reactionary state to my “farmy” family and home state, Wisconsin.
In the 80’s a down in the dumps Wisconsin created a promotional slogan to draw visitors, perhaps even new inhabitants or new businesses. It was simple and direct, like Wisconsinites. It read: “Escape to Wisconsin”. Quickly, mutilated bumper stickers appeared everywhere reading “Escape Wisconsin” In the following years as I watched my friends leave Milwaukee one after another for New york, or at least Chicago --one even went to Mexico City , another to Stockholm--, I realized, I, too, would have to leave the Holstein upholstered landscape of Wisconsin. So I applied myself to my studies both in art and botany, and it was the botany that got me out. My travels lead me from St. Louis, where I continued my botanical studies, began my gardening career and received acclaim as a collagist, to Koeln (Cologne) Germany, where I bar-tended, and apprenticed with the florist Heiko Kalitowitsch.
When I was still in those formative years before puberty I had made a wish. No, it was actually more of a proclamation: “I’m going to live on a farm in a swamp when I grow I up.” My family laughed, of course. I still had all my boyish ideals intact. Frog and snake hunting, mucky soakers and being somewhere no one else wanted to be was all that was important to me. Well I lost sight of that goal, probably rightly so. I needed to learn a little bit more about life before I made such a dramatic choice.
But the choice finally came three years ago, when Michael asked me to live with him. I fought at first. “I don’t want a farm. It’s too much work,” I protested. “I don’t want to live in a flood plain. It’s too much work,” I whined. Yet maybe my childhood wish was finally seeking fulfillment. So I moved to the swamp I had wished for so many years ago. From where I landed all my other arrogant strivings and pretenses seem like mere reactions.
It is strange how fast a summer goes and how slowly wishes are fulfilled. When I planted cabbage seedlings in spring in our rich bottom land soil, their floppy waxy blue leaves seemed so hopelessly vulnerable to the early heat and drought. I never thought they would make it. But today, as the sun burns off the chilly fog and the lethargy of Sunday morning, kicking me into a gear that I can only call “High Speed” as if I were a Waring blender I plan to make sour kraut, pick beans,cucumbers, and plums. Maybe I’ll even take a bike ride through this valley I share with beavers, farmers and Holsteins.
Posted by Daniel Mount at 11:59 AM
Newer Post Older Post Home