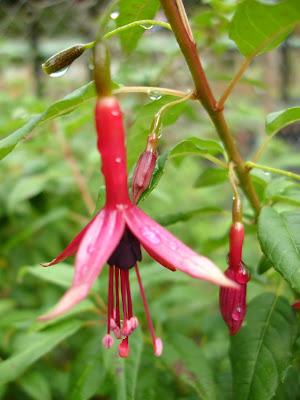 Today a group of Seattle area garden bloggers (SAGBUTT) met at the Lake Wilderness Arboretum in Maple Valley. I was delightfully surprised by the this volunteer run arboretum. It was amazingly tidy and had many interesting plants. But what I found shocking was the number of hardy fuchsias. The Northwest Fuchsia Society is developing a display and test garden there. I was taken by dark color of "White Knight Amethyst". 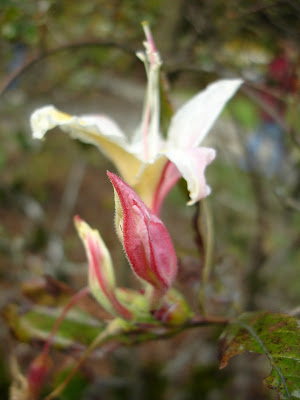 The garden also contains the largest collection of western azaleas (Rhododendron occidentale) in the world, over 200 kinds. This west coast native was collected and propagated by the team of Smith and Mossman between 1966 and 1981. Though most were changing color and dropping leaves a few sported some idiosyncratic fall flowers. Others let us know we were heading toward spring spring with their large flower buds. 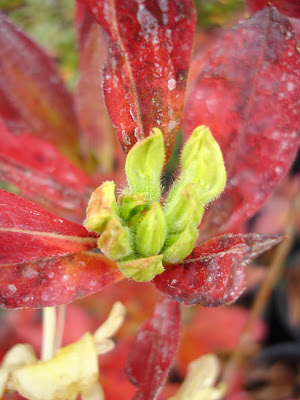 A 'Northern Hi Lights' deciduous azalea in the nursery also starts to bloom out of season. I couldn't help but drop a few bucks at the arboretum's fine little nursery, open sporadically through out the year. I imagine I'll drop a few more next spring when I head down to see the western azaleas in bloom. And definitely in the future falls when the hardy fuchsias start blooming again.
Posted by Daniel Mount at 6:28 PM
Newer Post Older Post Home