I write in the past tense. Mostly because I don’t want to carry my lap top around while I’m gardening, I think the dirt in the keys might cause some problems, though I could be wrong. This makes writing about spring challenging; spring is so immediate, fast, uncontrollable. I use a few words to grab at it. “The cherry tree blooms.” By the time I get to posting that sentence, I should be saying, “ The cherry petals dropped.” News gets old fast in the spring garden.
Just a week ago I travelled back to Milwaukee, on my way to my parents 80th birthday party. I lived the first half of my life there. It is becoming more and more my past. It’s hard for me to be present there, every neighborhood, every corner bar, even parks and trees can not tell their own story because my nostalgia fills them with my stories. Poor Michael had the patience of a saint as yet another liquor store, another bus stop had me retelling an episode from my past. I love to revisit Milwaukee. I have family there. And one friend. Kathy. Venerable as an oak, she has been my friend, at least off and on, since 7th grade. I can’t count high enough to tell you how long that is. 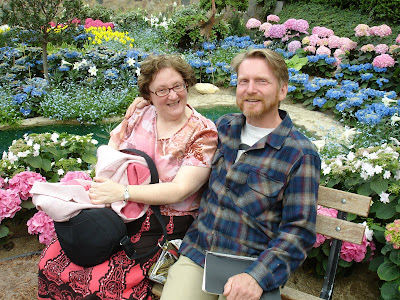 It is even longer since I first visited The Domes. When they first opened in 1967, these three bee hive domes in Mitchell Park drew national attention. I was an unusual child who enjoyed the long slow Sunday walks with my grandparents. Ritualistic walks starting in the tropical dome, moving to the desert dome and ending in the floral dome. I was particularly fond of the mid-winter visits when the frigid temperatures outside caused so much condensation in the tropical house it actually rained. And for a moment my grandpa felt back home in his native Brazil, and I relived a Brazil I only saw on TV. 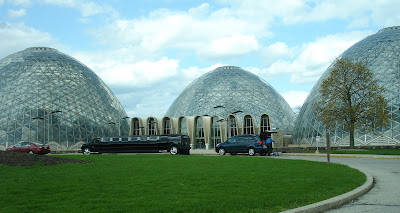 As Michael, Kathy and I did the ritualistic rounds, it seems they wanted to humor my nostalgia, I realized how much the open eyes of a child fill a place with magic. Maybe I was grumpy that day, maybe I’ve seen too much since I was 9, real deserts, real jungles and the Chelsea Garden Show. The Domes seemed as quaint as the victorian greenhouse they replaced with 60s space age technology. The years and a shrinking parks budget left The Domes a little ragged around the edges. I guess we’re all getting older.
And life is getting faster.
When I returned to Seattle from the barely nascent spring of the Midwest, I time traveled months. How could 5 days change things so fast? That’s spring I guess. Lilacs already and sky rocketing weeds, lush green growth from the drainage ditches to the tree tops.
Flowers, flowers, flowers...
And tulips: 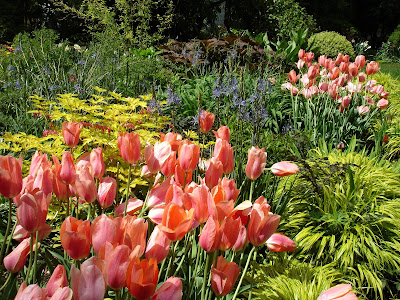 The way too showy “Perestroyka”. 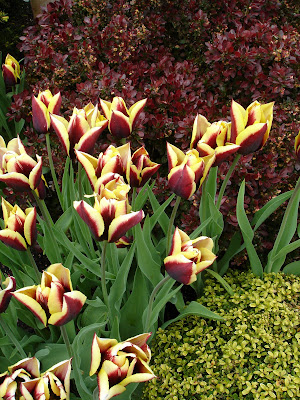 The way too unnatural “Gavotte”. 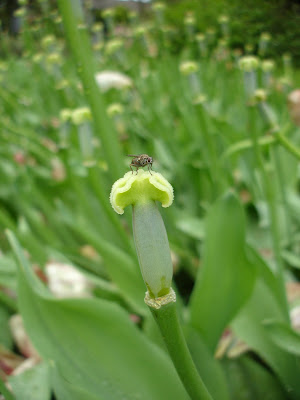 I guess I can say “the tulips bloomed”. I wonder if I would hate them less if they bloomed all summer.
Or am I just addicted to the anticipation? The first bulb catalogue arrived this week.
Posted by Daniel Mount at 8:38 AM
Newer Post Older Post Home