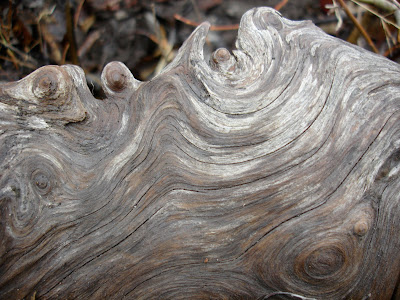 I usually like to spend cold, gray late January sundays on the sofa with a book, or a very boring movie that I don’t mind falling asleep during. But last sunday something begged me to get out. Not so much to run away from household chores, Michael or the inevitable sluggishness after a 2 hour sofa nap, but to go somewhere where there were big trees.
We have big trees on out property. About 8 giant conifers and numerous alders, a pin oak the former owners planted and an ancient Mt. Fuji cherry. But what I wanted was to be inescapably surrounded by big trees, somewhere where there were no houses nor roads nearby, nor a sofa within walking distance. So I packed a lunch, my camera and a notebook and hopped into the truck. I was unsure of where I wanted to end up and though the initial goalless-ness was exhilarating, it soon wore thin as I realized I was wasting gas cutting back and forth through urban and suburban environments without any big trees in sight. Finally I forced myself to pull over and look at a map; set a goal and head for it. I wasn’t ambitious enough to take the 3 hour drive to the Queets Valley again, so I decided on Federation Forest State Park, outside of Enumclaw. It is the nearest stand of old growth forest. As a state park it is paved , signed and travelled heavily, not quite the wilderness experience I was hoping for, but at least I had a goal.
With Federation Forest a mere 3 miles ahead of me I pulled to the side of the road and parked. I had decided to just walk off into this trail-less bit of woods between the highway and the White River. I followed a forest road which paralleled the highway, until I couldn’t stand all the skiers roaring by on their way to Crystal Mountain. So I scrambled and slid down the muddy steep bluff to the river bottom below. The river’s rocky rumblings drowned out any traffic sounds. This place was ripped and gored by flood waters, crisscrossed with fallen trees and woven into basket tight thickets by young colonizing willows . I broke through the willow thickets, taking my shoes off to wade through the achingly cold creeks which braided among their roots. When I emerged on the rock and sand bar on the other side I stood on a field of volcanic black sand. If it had been sunny and warm, it could have been Hawaii with the rush of the river and the wind in the trees roaring like surf. But it was one of the last Sundays in January, in the Pacific Northwest. I had parked quite a distance from Mount Rainier, yet the black sand shadow of it’s eruptions let me know it was near, though obscured by low cloud cover. 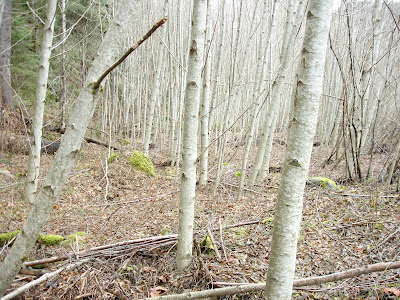 I stood there on the black sand next to the White River among the gray alder trunks and wondered why I didn’t opt for an old black and white movie and the nap it would have induced. I was actually tired, so I sat on a rock, sometimes the best part of a walk is sitting down, the cold wind barreled down off the invisible volcano, rushed down the river valley. They say Mount Rainier makes it’s own weather. At 14,411 feet, the tallest peak in the lower 48, it’s not hard to see why. Being the most heavily glaciated mountain in the lower 48, probably gave rise to it’s Native American name Tahoma, meaning “Mother of Waters”. The White River is one of the many rivers flowing off The Mountain, as we call it, and into the Puget Sound. 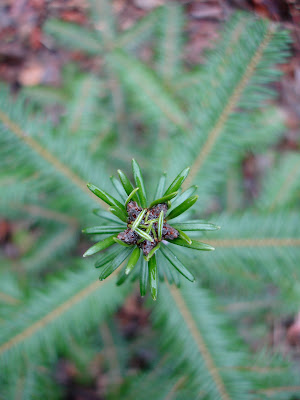 It was too chilly to sit for long. So I got up and followed elk tracks up stream, hoping to find an easier exit from the valley than how I entered it. As I crossed the black sand bar I began to notice more and more conifer seedlings among the alders. Douglas-firs, grand firs, western hemlocks (our state tree) and sitka spruce. I had put so much importance on seeing big trees, big conifers that I forgot to look down. How beautiful they suddenly seemed,these little trees. Childlike. A great hope. Not what we stood the chance of losing, but what we were gaining. 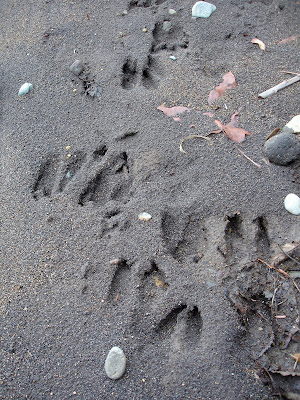 As I wandered about I began to realize I was on a very small island bounded by the river, the highway and the mountains to the north. I could not wade across the river like the elk. Their tracks which I followed disappeared at river’s edge. Nor could I swim away like the otter I scarred off the bank and into the current. Nor dive could I fly away like the sooty ouzel adept at flying as well as walking under water. I would need to walk back into the forest, possibly the the willow thickets again to make my way back to the road, my truck and my lunch. 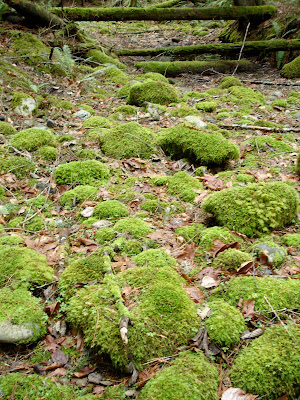 I headed straight from river bank to forest and found myself among some pretty impressive trees and a verdant forest floor covered with moss ferns, easy to walk. Almost immediately this padded world muffled the restless rush of the river. And I remembered why I like being among big trees. Silence. As I scuffed the mossy forest floor I exposed the black sandy soil on which this all grew. This was a much older sand bar, than the one I landed on. Deposited years ago by the restless river.Left to re-grow as the river carved it’s way through the valley elsewhere. I walked through old creek beds which once cut this island into innumerable little pieces. Until I found a giant sitka spruce, I snuggled into the mossy buttress roots, as if they were arms holding me, and took an unexpected nap, not out of boredom, but out of shear relaxation. Until the first raindrops hit my nose and woke me.
A heavy slushy rain was falling by the time I made it to the car. I gave up on my goal of making it to the Federation Forest though it was mere miles ahead and turned the truck toward home. It was a gray Sunday in January after all, it would be easy to forgive myself.
Posted by Daniel Mount at 11:59 AM
Newer Post Older Post Home