I had a dreadfully long lay over in London. Or maybe I should say more cheerfully, “My trip had a coda.”
Coda is the italian word for tail. In musical terms, as the dictionary says, “It is a more or less independent passage, at the end of a composition, introduced to bring it to a satisfactory close.” It seemed my trip ended on that sunny Good Friday in the garden of the school of Philosophy at the University of Pisa.
Or did it?
There was that long lay over in London. Actually Richmond outside of London. Just enough time to catch a quick sleep in a cheap hotel and make a visit to the Royal Botanic Gardens at Kew. The clouds broke as if on command after days of rain, as I was told. So I rushed off to Kew as soon as I could. Spring was poised here between the first shy breaths it was taking in Berlin and the lushness that had already washed over Italy. Even in those rushed few hours I had at Kew spring seemed to advance and retreat, as it does, warming then chilling me. But mostly it was the big bold clouds of April threatening those proverbial showers, then releasing just enough sunlight to make it a perfect day, for a minute or two.
Kew is fantastic for someone like me who is part gardener and part botanist. It is a scientific collection in which organization takes precedence over aesthetics. But what beautiful organization. I could have spent days. I was nearly running and barely covered a third of the 300 acres and certainly only had a glimpse of the over 20,000 plants there. 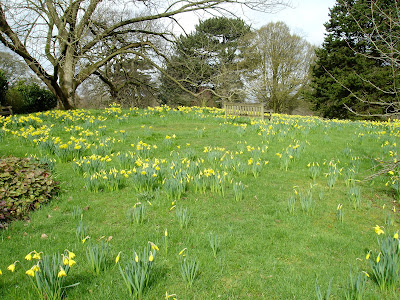 I tried to squeeze as much out of my time as possible. Truly ran at times to get from one point of interest to another. I must have appeared a fool. An April fool trying to capture everything in mere hours, when probably what would have been best would have been to lie down in the damp grass and enjoy the glorious sprawl of daffodils. But I was still in hot pursuit of la primavera, the first green, that green tinged with yellow. Or is it truly yellow on it’s way to becoming green? I’ll never know at this rate.
I did slow at times, was even stopped. 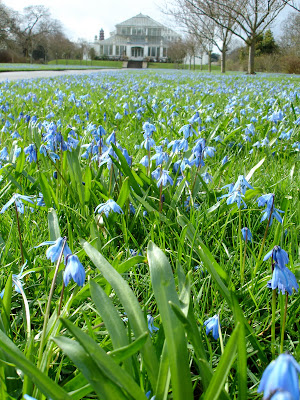 And not always by yellow. But blue. This overwhelmingly blue lawn of Byzantine squill (Scilla amoena), shimmers like a lake before the temperate greenhouses . 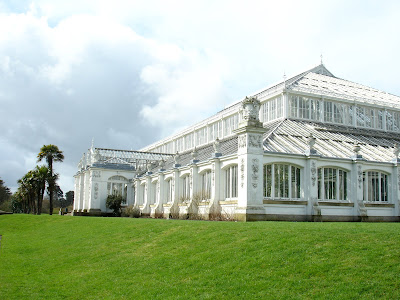 And the Temperate House. There is something so palatial about Kew, it is the Royal Botanic Garden after all. 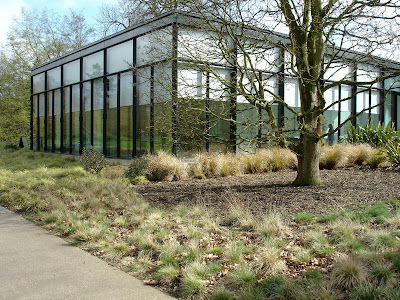 But Kew so firmly in the past also moves forward. Is modern as much as historical. The new Shirley Sherwood Gallery of Botanical Art is as minimal as the Temperate House is excessive. 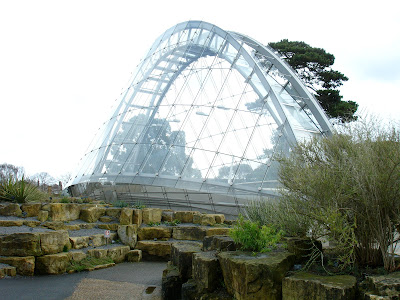 The space-age Davies Alpine House arches up out of the ground like a huge jelly fish, strangely displaced and strangely beautiful. 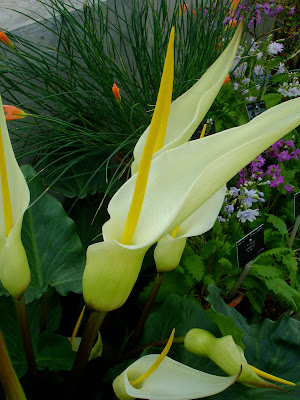 In this house absolutely flagrant with potted bulbs, I was also stopped by my favorite yellow. The faint butter yellow informed by green of this gorgeous cretian arum (Arum creticum). 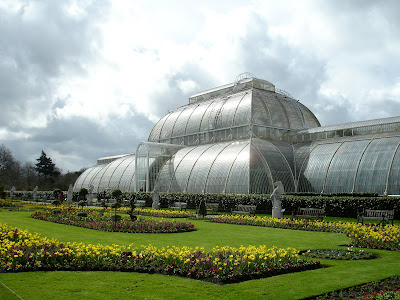 By the time I was rushing toward the exit and my flight home, a shimmer of honest sun light fell over the garden. The luster of spring fell on me, too, as I smiled at total strangers who, though English, were not shy to smile back.
A happy ending; a wagging tail on a wonderful trip.
Posted by Daniel Mount at 8:40 AM
Newer Post Older Post Home