Years ago a chef friend of mine said you should never apologize for a meal your serving. “ It’s the worst seasoning,” she said. I’m sure I had just apologized for a meal I felt was over-salted, overcooked or just plain tasteless. My wise-chef-friend ate it anyway, relished it if I remember correctly; she had a great appetite. And the subject never came up again.
Until now. I wanted to start this post with an apology. My internal editor, consistently on, said “ wait a minute...” So I must pad my apologies with a few excuses for not having written more about Nicaragua. The country I was so fascinated by after visiting it in early March for the first time, that I ran to the library after returning, actually several libraries and the internet, to read all I could about the natural and human history of the country.
It’s flora and fauna is amazingly diverse. It’s history complicated by evil dictators, revolutions, counter-revolutions, earthquakes, embargoes and hurricanes. And hope. I found Nicaragua a happy place. Not just because I was happy to be in the sun and warmth in early March, when spirits in the Pacific Northwest were being doused with chilling rains. There was a simple everyday happiness there, maybe in comes from living where it’s sunny and warm all the time. Maybe it comes form having devastating earthquakes and evil dictators and revolutions behind . Suddenly ordinary everyday living is like a celebration. I’m not saying there weren’t complainers, we’re everywhere. We probably were kicked out of the garden of Eden for complaining about the taste of the forbidden fruit, not for picking it.
I had intended to write a series of posts on Nicaragua. And all I have are a bunch of excuses: there was a flood; there was a debilitating head cold; there were daffodils , making me forget about coconut palms, bananas and hibiscus. Shouldn’t I be writing about daffodils? You will be able to find plenty of blog posts on daffodils this time of year. It’s spring, they’re triumphant and nothing makes people crow louder than triumph.
Now that I am finally and firmly past the beginning of the post I can start apologizing. Firstly, I’d like to apologize to my readers who have been waiting since I promised “pretty pictures” of our trip way back on February 20th, nearly 2 months ago. I took over 1200 pictures on the trip. Mostly snap shots, though some could actually be called photographs. Thank God, for the digital camera; remember all those rolls of film?
As you know I love to take pictures of plants. “Plants, plants, plants!” my friends scream when I show then pictures from a trip. So I tried to be bold this time and include buildings. All the following pictures were taken on Little Corn Island. Though “in” Nicaragua, this tiny island is, geographically speaking, more part of the West Indies. 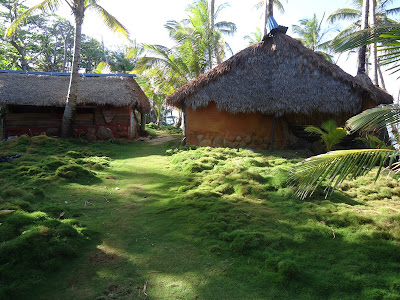 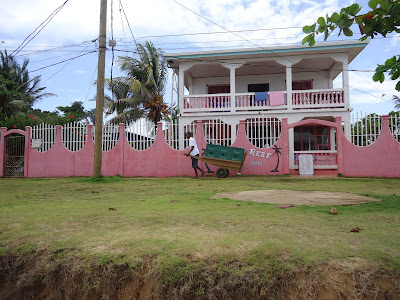 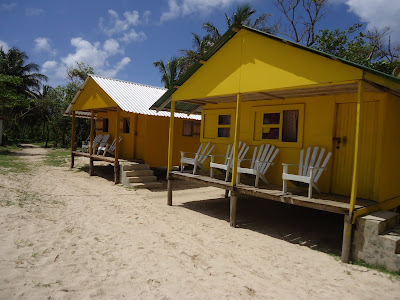 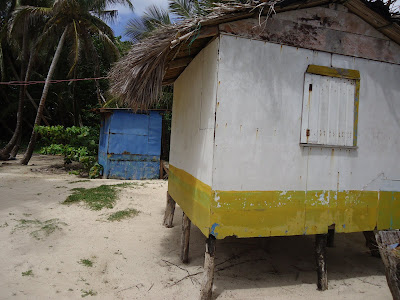 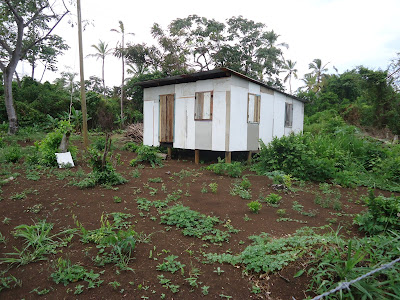 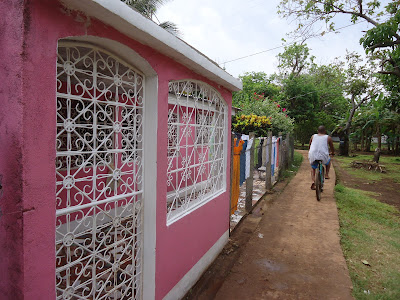 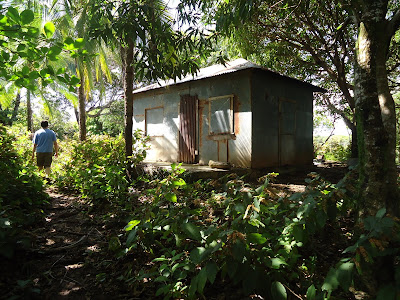 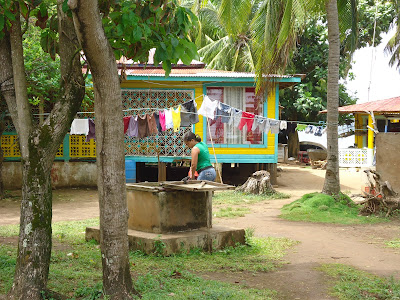 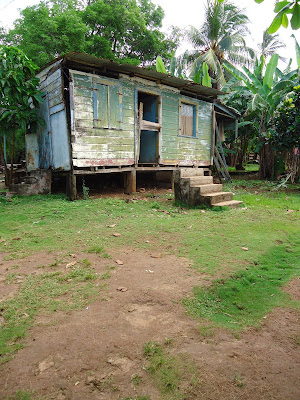 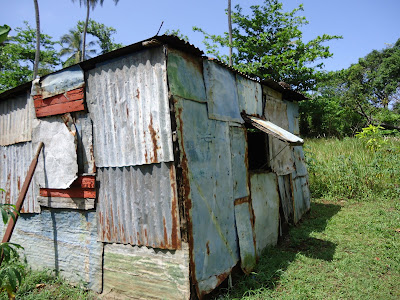 I am especially fond of these last 2 buildings. They look like something I could build. I also have a rustic hut fantasy. “ Ah, the simple life.” I must admit the barefoot inhabitants of these 2 building looked totally relaxed and happy. They were not rushing anywhere, or fussing. Maybe I misread them, but abject poverty looked very tempting when I thought of all my commitments and work back home.
It made me wonder what on earth our government was doing in the 80’s, and actually well before. Thwarting these peoples hopes of living in a more just society, in being able to own the land they worked, to have health care and education, doesn’t seem very democratic to me. It seemed like a huge cruelty and filled me with a million apologies every where I went. Luckily the Nicaraguans are governing themselves, not that I didn’t here complaining (what is democracy without complaining), but they're getting on. The many members of cooperatives that served us, from the cab drivers to the nature guides, to reforestation projects, all seemed very happy. And that made for a happy trip for us.
Oh. one last apology. I still haven’t posted any pictures of all the cool plants and gardens I saw. That will be coming next... And then on to daffodils.
Posted by Daniel Mount at 8:50 PM
Newer Post Older Post Home