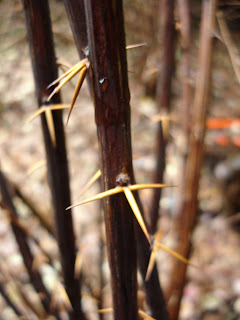 Here it is January 6th and I have made no New Year’s resolutions. This is nothing new for me, though I have in the past made resolutions to make resolutions, which I didn’t make, or made and didn’t keep.
January seems like a a strange time of year to start something. It’s not the first day of spring. Or a mid-point like Candlemas , February 2. It doesn’t v even signify an end accept by the calendar we bought. It is actually the 11th day of Winter. Arbitrary in my mind as a starting point. Though the Shinto have celebrated Shogatsu, New Year,on January 1, since pre-history, I can see no natural reason why this is when we observe the year as ‘new’.
It is actually the Babylonians, who celebrated New Year after the vernal equinox, who gave us the New Year’s resolution. It was consider propitious to return any borrowed farm equipment at that time. Probably the person you borrowed it from was doing there spring planting, so this makes sense.
Since I am generally more stubborn ( as my friends say) than resolute, I have not gotten over my abhorrence of New Year’s resolutions. But this year my curiosity got the best of me, I couldn’t help wondering about resolutions. So I started by looking for definitions of the word. The earliest definitions in English seem to be from the 1400’s. At that time it meant “ breaking into pieces”, or “the process of reducing things into simpler forms”, it wasn’t until 100 years later that it began to mean “ holding firm”, though related word “resolve” originally mean “to loosen”.
Maybe I have been mistaken all these years about making resolutions. In my simple mind I thought “resolution” was a fancy word for “rules”. So I avoided spontaneity crushing rules, by avoiding resolutions. But this year I am beginning to wonder if the meaning of resolution is more akin to it’s use in regard to lenses. A high resolution lens makes objects clearer, colors sharply defined. Maybe the the New Year instead of bringing new rules brings more clarity. Maybe this state of clarity is a singular vision that baths everything in the same new light. Not just seeing things as they are but as they could be. Seeing potentialities.
Seeing clearly the potentialities at this time of year is beneficial to the gardener as he approaches the task of pruning. Today I decided to prune the bar-berries, a prickly task that requires resolve. I started by looking. Then removed one after another of the older canes, simplifying the structure by untangling, letting the naturally arching young canes form a hemispherical shrub. The thorny mass now regained some definition. And I began to realize that maybe I am a person with resolve. Not the dramatic resolve of a New Year welcomer, but the detailed resolve of a gardener, knowing the benefits of focusing on a task.
Posted by Daniel Mount at 10:21 AM
Newer Post Older Post Home