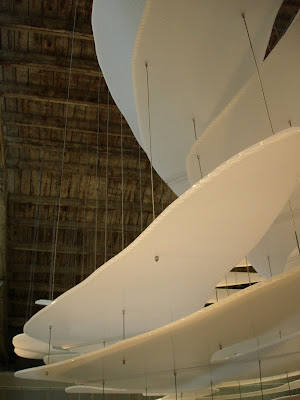 Rumors of “the last” always mean some thing new is starting up to me.
Last week was the last Northwest Flower and Garden Show, so it seems.
Though rumors abound that it might actually carry on.
Wait and see.
I was feeling guilty for not wanting to write some wistfully nostalgic piece about the garden show. About blooming trees indoors in February.
I could have been irate at the injustice of it all.
Really, I’m more numb. I guess that is also part of mourning. Accept that I’ve been in mourning for years watching the garden show fade from it’s past glory.
Strangely when I put the numbness aside, I began to enjoy my time at the show.
I sat through 3 lectures in a row. Ran into friends. Ate a quick lunch then headed out into the beautiful weather and to Suyama Space to see the installation by Richmond, Virginia artist, Kendall Buster. “New Growth/ Stratum Model” installed in the central gallery of Suyama Peterson Deguchi architecture studio, had a cloud-like grace that makes it hard to write about and even harder to photograph. It brought a great tranquility to the space without filling it or cluttering it. Could I possibly garden like that? Later in the smaller gallery George Suyama was reassembling a large plum branch, it was like a minimalist’s garden show. He smiled at me as I watched him and his assistant struggle to place the giant branch in the space. After they left I went and sat under it, like it was my own private garden show. 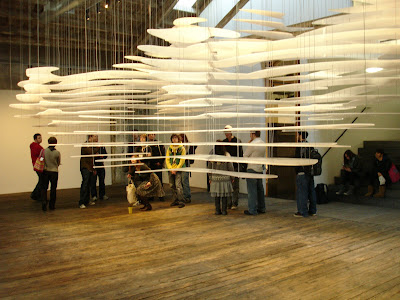 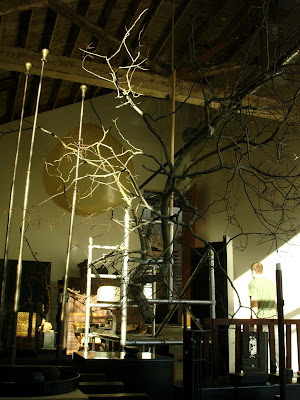 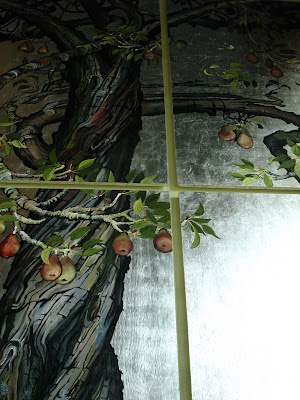 This lovely life-size mural by Seattle artist Jean Bradbury is a permanent installation at the new Macrina Bakery in Sodo.

Later I ran back to the garden show after all I had set aside a few dollars to spend and needed to do some shopping. This is what I bought: 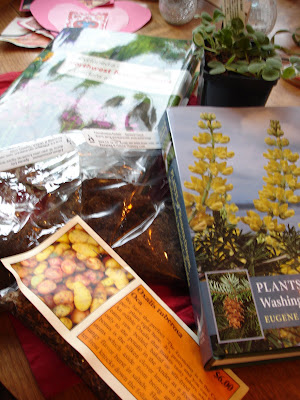