Not so long ago, when I was beginning my career as an estate gardener here in the Northwest. I got a job working in a white garden. Every rose, phlox, dogwood, pieris, wisteria and daffodil was white. This was during a time when I hated white. Who knows why?
In retrospect I wish I had been more appreciative. The garden was designed by a locally prominent landscape architect, and was really quite lovely. But when you’re the guy whose pulling shot weed (Cardamine hirsuta)—a white flowered plant by the way—all day and beating back gooseneck loosestrife (Lysimachia clethroides) you start craving a little color in your day. I blamed the limited color palette, and the formalist design for my boredom. I was still a young anxious gardener and had not learned to calm my mind for 8 hours of weeding.
But the whole time I was learning something, subliminally.
Now landscape architects are not known for there smart use of plants. And the guy who design that garden was no different. This lovely formalist garden was carved into a bit of Northwest woods and the plants he chose were all wrong. In the shady enclosed garden rooms the phlox suffered terribly from powdery mildew, but instead of reveling in the whiteness of it, like a baker’s dusty apron, my client required me to pick each infected leaf of the plant. Some years there were only flowers left on 3 foot stalks. The ‘Iceberg’ roses, if they had any leaves left on them after plucking all the black spot off, eventually succumbed to the mildew, too. I tried to talk to my client about changing these plants out for something more appropriate, but she paid a lot of money for that garden and wanted it to be as planned. Now, I’ve been called stubborn more than once—luckily mostly by people who love me—but the rigidity of my client made this work feel like slavery. Of course it wasn’t. I was getting paid and for 3 years I religiously picked mildewed leaves, deadheaded browning flowers on the ‘Nuccio’s Gem’ camellias and beat back gooseneck loosestrife. But I also met some of my favorite plants for the first time: Narcissus ‘Thalia’, Cardamine trifolia—a close relative of shot weed— and Sarcococca hookeriana var. humilis.
Maybe it’s surrender, like the white flag. Maybe it’s maturity. Or a slowly acquired sophistication. Over the years since I worked in that all white garden I have added, one after another, white flowered plants to my palette. Some of them I absolutely love, can’t be without. Since it’s that time of year for singing, or writing, about favorite things, like “silver white winters that melt into spring”, I thought I’d share a few of my favorite white flowered plants. 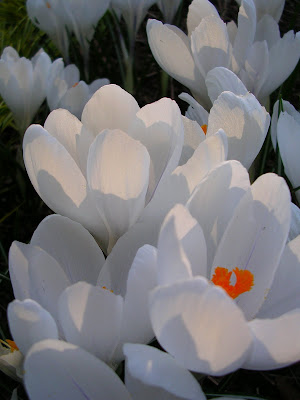 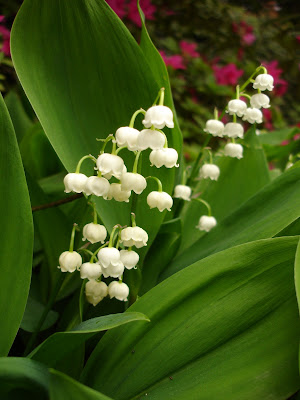 Lily of the Valley
(Convallaria majalis) 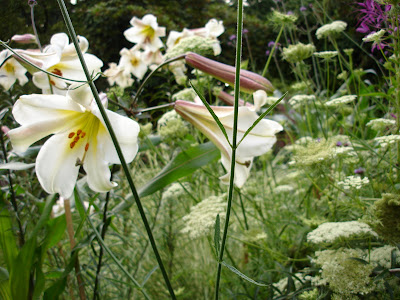 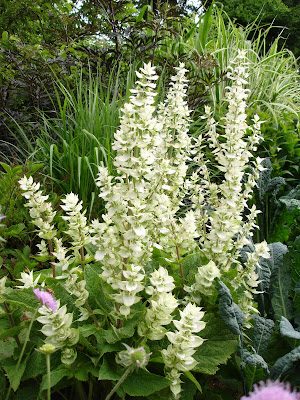 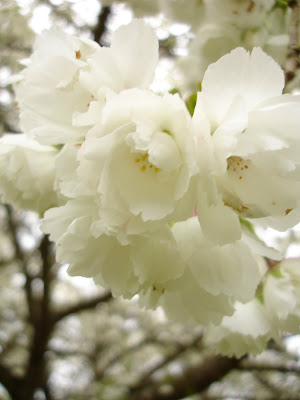 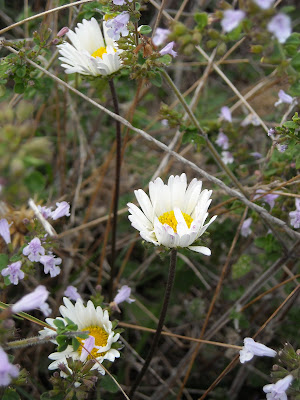 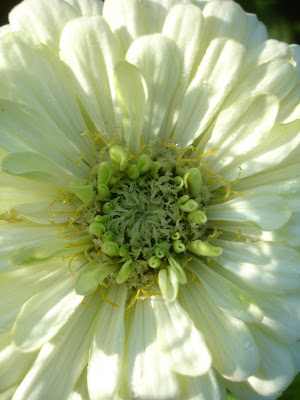 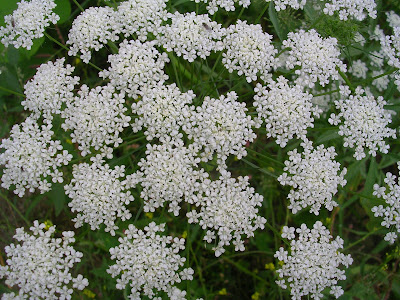 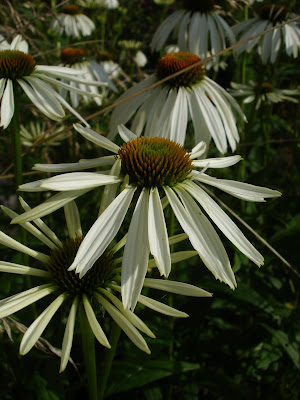