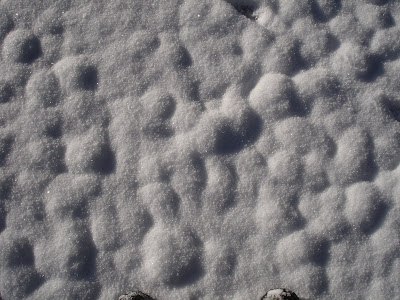 Beyond it’s banner of complimentary red and green, behind the glitter of silver and gold, Christmas is the white holiday. Blame it on the snow or Irving Berlin but Christmas even trumps New Year’s Eve with Old Man Time, white-bearded and white robed, and the New Year Baby, freshly diapered. I was once very caught up in Christmas decorating, when I worked in retail and then for a florist. And I still hold an interest though I am less likely to expend yards of energy on decorating like in the past. But I do love to visit the city and see what all the retailers are doing.
It was a decidedly white Christmas in Seattle. No it didn’t snow. But every window in town seems to have been hit by a blizzard. Windows were frothy, frosty and spare. Even on the home front, my friend Jon, the consummate tree decorator, purchased his first flocked tree, and Michael’s mother abandoned all sentimentality and bought a new fake tree and covered it with doves, snowflakes and pearls. 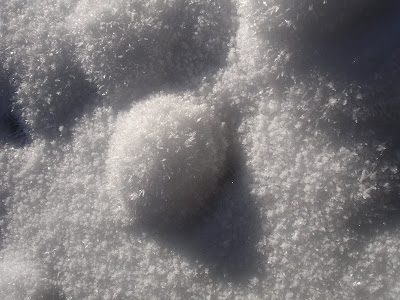 I like a white Christmas of the snowy kind. And we did hit a patch in the Blue Mountains on our drive back from Boise, that threw us into the median barrier. And then a day later it hit us here in the valley. Not a blizzard, but not a dusting either. With the frigid temperatures that followed a furry pelt of hoarfrost crystallized over limb, blade and board.
Just the kind of holiday days for a fire in the stove and a book on the sofa.
I’m reading The Hare with the Amber Eyes by ceramist Edmund de Waal, who works in porcelain making rarified collections of white cylinders. And, being a white lover I assume, had to include the detail that his distant Uncle had 20 gardeners on his winter estate in southern France, and they all wore white. Maybe he was missing the winter snows of Vienna like I miss the winter snows of Wisconsin during our long green and gray winters here in the Northwest. Or maybe it was a way to keep an eye on them. I like to dress in grays and browns when I work. To hide in the garden, so that it seems like the garden is gardening itself. 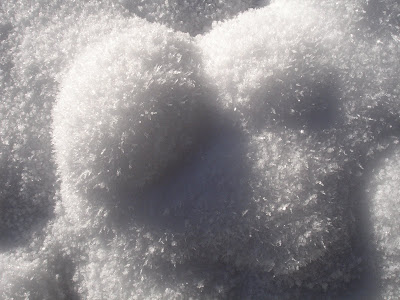 Yet even now as I write looking out on the snowy white landscape, I am beginning to wish for a thaw.
The holidays are over and I have to get back to work.
Posted by Daniel Mount at 11:22 AM
Newer Post Older Post Home